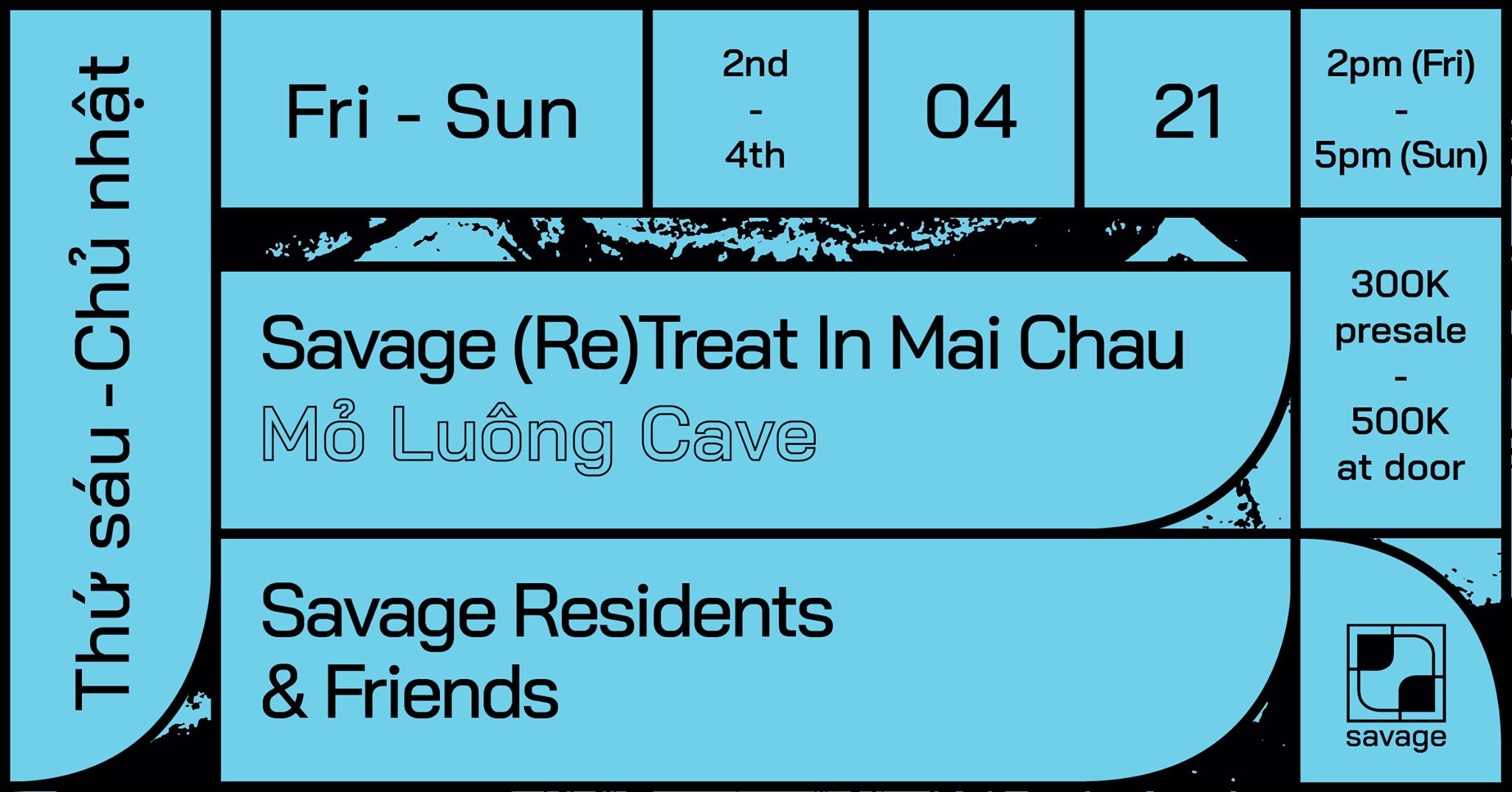 Scheduled for April 2nd through 5th, the event features all Hanoi-based artists.

Savage, a five year-old club in Vietnam’s capital city, is hosting a mini-festival in a northern town called Mai Chau. Scheduled for April 2nd to 5th, the event takes place near Mai Chau Lodge. Savage residents are playing in addition to a host of Hanoi-based artists such as Marco Yanes, Dusan, TrinhNu, Viet Anh. In total, the lineup spans 21 acts. There will be two stages, one outdoors in a field during the day and the second inside a natural cave (pictured) for night.
Catch Di Linh playing from 12:30AM – 3AM Saturday night and Marco Yanes 7AM-9AM Sunday morning.